Can the Fulldome Cinéma be the next IMAX?

Do you remember your first visit to a planetarium?

If so, you probably saw a projection of the night sky, the universe with its planets and suns.🌌

It is precisely these possibilities that 360°Video & VR Tour Production Studio uses to produce immersive videos. State-of-the-art 360° cameras such as the Insta360 make it possible to film high-resolution 8K content that leaves an enormous impression under the 500 m2 projection surface. You have the feeling of being in the middle of the action, just like with VR glasses, for example from Oculus VR. The feeling of being in the middle of it, surrounded by sound and images, is something that cannot be experienced in a normal cinema.

For us, the stars, planets and suns are too far away, so we stay on Earth and try to capture the beauties, peculiarities and all the stories there are to tell and project them onto the 500m2. There are over 4000 planetariums worldwide. About 700 of them are equipped with fulldome technology, and the number is growing !!!

Would you go to a fulldome cinema (planetarium) to see a film? 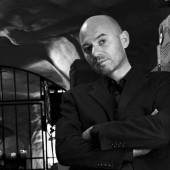